The Lion's Gate peaks today, August 8, and it is a perfect time to build a prosperity altar if you do not already have one. But how do you do it?

Find a stable surface where it will not be disturbed away from little ones (or fur babies) - a shelf on the wall works well to keep things out of reach. An altar does not have to be big and you do not have to keep it up all the time so if you have limited space, you can set one up temporarily and ask for its energy to continue as you put it back away.

Gather Items for Your Altar

You might want to include a statue or art (even just an image printed from the internet) of one of the Gods and Goddess of prosperity listed below:

Items on your prosperity altar should be what makes you feel rich looking at them - items in gold or silver are great choices as we associate those precious metals with wealth. Coins or paper money (even play money), crystals such as Citrine for prosperity, Jade for business success, and Aventurine for luck (the 3 generators on my own altar), are great as well as gemstones such as diamonds or quartz to magnify the energy - I include several quartz crystals cut in the diamond shape for example.

Other ideas of things you can include would be a cornucopia or potted plant to represent the growth of your finances. You may want to keep a prosperity journal or write affirmations on sheets of paper or in a book stating your goals and intentions in positive statements such as "I am rich. Money flows to and thru me easily. I am grateful for all the prosperity and abundance in my life."

As with most altars, balancing the elements is often recommended so try to add something for each element - Earth, Air, Fire and Water. Some ideas are:

How to Use Your Altar

Using your altar is as simple as taking a few moments every day to stand or sit in front of it. Light the candle, burn some incense, and re-read your affirmations or add to your gratitude list. The more you work with your altar, the more energy you put into it to help attract the prosperity you seek.

Regularly cleaning and refreshing your altar - I physically clean mine every full moon - maintains pure energy and intentions. Add or remove items following your intuition and creativity.

Have some fun with it and make this or any altar you set up truly your own. 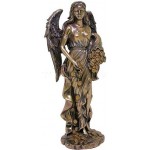 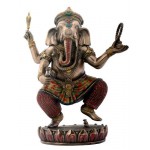 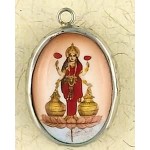 Lakshmi is seen standing on a Lotus, which sy... 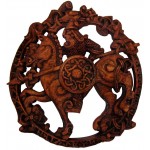 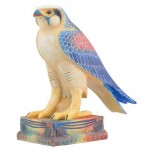 Horus is the Falcon-God ‘Lord of the Sky’ and... 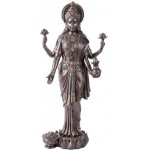 Lakshmi is the Goddess of luck, wealth and be... 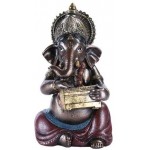 One of the best known and beloved Hindu Gods,... 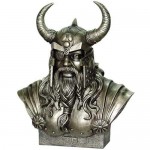 Odin King of the Norse Gods Statue by Monte Moore 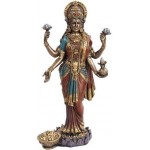 Lakshmi is the Hindu goddess of wealth, fortu... 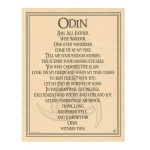 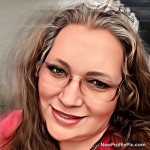 Lori Anne Brown is a life-long learner and spiritual seeker long interested in natural healing, crystals, and metaphysics. Spiritually Lori is an Omnist believing all religions and spiritualities contain truth and wisdom with a personal practice that contains elements of Buddhism, Egyptian Kemetism and more. She is a certified Reiki Master and Crystal Healer, an artist, sci-fi geek and gamer, as well as the owner of this shop and Scifispace.com.

She currently resides in Central Florida with multiple fur babies. 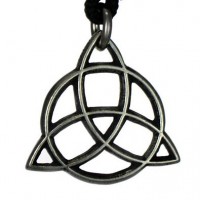 What is a Magic Amulet or Talisman? How do I use it?

When you are considering something to empower (or enchant if you want to use a more magical sounding term), consider what you want it to do...and look at the design to see what it says to you. Then learn how to charge or empower it for that purpose. 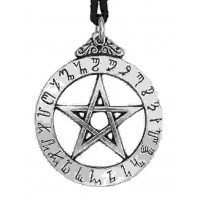 How to Empower your Amulet or Talisman

A few posts ago, I talked about how an amulet or talisman was just a hunk of metal - unless you empower it. This time, I'll expand a little more on it and tell you how to empower it for your intent.